Psychology Of Religion: How Narcissist Use Religion For Their Nefarious Goals

“The Lawd Has Truly Favored MEEEEE!”

“IIIII AM SO BLESSED and HIGHLY HIGHLY FAVORED!”

“It’s Gawd’s Will My Dear! Now Tell No One What You and I Did. This Is Gawd’s Desire. And Who Are We To Question Gawd’s Will, My Dear? Now GET BACK DOWN ON THY KNEES And Open Thy Mouth! This Is My Body And…”

Now, I know I may get A LOT OF HATRED FOR THIS POST. But this is something that has been weighing heavily on my heart and mind.

I would say soul, but…

Religion and Narcissism for many people, myself included, was something I never really thought were the same thing!

Or, well, I did, but I was so taught for so long with this idea that “religious people rarely do any wrong”!

I mean, how could they?

Do they not know of…HELL?

It was…”The devil twisting their words.”

The religious leaders who were stealing money from me, “Gawd, the OMNIPOTENT BEING that created reality with IT’S VOICE (“Let there be LIGHT“– an existence was created from a voice)– NEEDS MY hard-earned money to keep his church open.

(We all know Gawd is a man and not a woman because…scoff…women are only good for two things babies and making meals in the kitchen.)

All these religious leaders who go out there and molest young boys, sleep with women of their church, father kids out of wedlock, dress in fine clothes (because we all know Jesus was a balla), have the cleanest whips (vehicles) that would make celebrities stop and take another look — weren’t living a vain life.

No, these people are living a highly favored life.

Gawd has blessed them for their belief.

Gawd has favored them and showered them with money, royalty, women, and…young boys???????

And me seeing this and asking “what’s up with that” only got me, “Gawd doesn’t want people jealous?”

“But God is jealous. He says it in the Bible. He doesn’t hide it.”

In other words: Stop reading the Bible with objectivity and start reading it with blinding emotions!

And me, NOT BEING SAVED, was not seeing the world the way it was/is but how Satan was manipulating me to see it.

Or so I was told by my religious leaders.

Before I continue, assuming you are still reading this. I am not bashing the idea of a God, but the concept of organized religion and these people who profess to speak for God!

Religion for some is their identity, and I know to attack, and by “attack,” I mean purely be skeptical, to question, is a HUGE INSULT FOR MANY!

It is because these people have this “holier than thou” mentality and trying to FORCE IT ON OTHERS that made me view religion as one of the most narcissistic ideologies that one can ever take on in their lives.

“I distrust those people who know so well what God wants them to do because I notice it always coincides with their own desires.”― Susan B. Anthony

Ain’t Gawd Good: “The Devil Made Me Do It”

“The Devil Is Twisting My Words.”

“YOU ARE A SPAWN OF SATAN! SENT HERE TO TEMPT ME!”

“Satan’s Got A Hold On You Child, and I Must MERCILESSLY BEAT IT OUT OF YOU…But hey! Hey! I Love You.”

How religious people use Satan to get away WITH THEIR NEFARIOUS ACTS is classic gaslighting!

It is blame-shifting at a cosmic, supernatural level.

Never having to take accountability for your actions is what narcissists are all about. It is what they all strive to achieve in life.

By making people believe that we are evil and that the devil has its claws in us, it is no different than them trying to convince someone that they are slowly going insane.

“I never said that!”

“You never did that. You have such a poor memory.”

“I put that out for you last night, don’t you remember.”

“Your memory is going bad!”

The idea that the devil, the second most powerful being, in reality, takes the time out of its way to twist the words of a person who does nothing significant for society is extremely narcissistic.

Do you not think the devil would be making deals with politicians and world leaders?

These narcissistic fools (politicians) have the power to cause massive chaos, as some do. D*mn they gaslight a whole society with these “race-baiting stories”.

So why would Satan come messing with someone who can barely pay their rent on time?

This is the twisted mindset of a narcissist who doesn’t want to own up to the fact that they did wrong or made mistakes.

These “Dennis The Menace” narcissists need a perpetual scapegoat, never to take responsibility for their actions.

“D*mn, if I take responsibility for my actions. It’s NOT MY FAULT!” – Typical Narcissist

“I Am SO BLESSED and HIGHLY FAVORED.”

“I Wouldn’t Be Here If It Weren’t But For Gawd!”

Sport Fans (Flying Vicarious Monkeys): “Quick, Everybody! Get Ready To Pray. These Athletes Have To Make This Last Shot! Otherwise…Otherwise…Dear GOD! They Will Lose The Game.”

Mother In Impoverished Nation: “Lord! Please Just Bring Me A Meal So That I Can Feed My Baby! I Need Naught For Myself But For My Baby. Please, Merciful Father!”

Mother In Impoverished Nation:: My baby is dead because I couldn’t feed him! I guess this is Gawds’ plan that my 6-month-year-old baby die. Why Gawd?”

The idea that God listens to people who want people making millions of dollars a year PLAYING A GAME to win over listening to a GODFEARING WOMEN in an impoverished nation is ludicrous.

And it is this narcissism that permeates much of society.

God looks after the rich — even though Jesus never lived that lifestyle.

God cares about the West, specifically America, even though that religion has NOTHING TO DO WITH AMERICAN HISTORY!

(America was not found on religious values but was used later on to justify a great deal of immorality).

Who am I to ask question?

Who am I to look at the absurdities of these “holy men”?

These People Are Of The Devil: EXTERMINATE THEM

“It is our mission in life to convert the heathens. BY ANY MEANS! Except for love! Let our irrational and TRADITION OF HATE be the force that changes the world for better! Let us set out on a crusade or a jihad.”

“It is our mission to burn down clinics that would kill unborn babies. Screw all the kids and babies who are dying right now due to not having the resources. Let’s use our time, MONEY, and energy, attacking these people, and forget about the lives that are here right now. Ain’t Gawd good?”

“You were born a sinner. Your skin color is a mark of sin. But if you accept brother, if you accept BROTHER that you are a DIRTY…UNCLEAN…UNSANCTIFIED…heathen spawn of satan, and accept that you are a lowly dog, then you can enter into the kingdom of heathen. You must be like the women, DIRTY UNHOLY BROTHER, who came to touch Jesus’s clothing. Like her, who accepted she was just a dog and not part of Jesus’s lineage, she was able to enter the kingdom of heaven. Accept that you are a dirty dark lowly hellspawn, and you too can enter into heaven.”

21 And Jesus went away from there and withdrew to the district of Tyre and Sidon.

22 And behold, a Canaanite woman from that region came out and was crying, “Have mercy on me, O Lord, Son of David; my daughter is severely oppressed by a demon.”

23 But he did not answer her a word. And his disciples came and begged him, saying, “Send her away, for she is crying out after us.”

24 Heanswered, “I was sent only to the lost sheep of the house of Israel.”

26 And he answered, “It is not right it take the children’s bread and throw it to the DOGS.”

27 She said, “Yes, Lord, yet even the dogs eat the crumbs that fall from their masters’ table.”

28 Then Jesus answered her, “O woman, great is your faith! Be it done for you as you desire. And her daughter was healed instantly.”

Supply: Knocking on their narcissist’s door!

Supply: Baby, please! Why are you mad at me? Our daughter needs money for medicine.

Flying Monkeys: Master! Master! Look at them outside pleading for your attention. Send them away! Gawk! Gawk!

Supply: Baby! I am sorry for whatever I did. We need you!

Supply: Yes! I am such an idiot. You are so right.

Narc Jack@ss: Yeah! You are so lucky I am a good person. Nobody else would want you. You are so stupid but with me…you can be more! Take my money and GO! Give our child what they need.

Religion and Narcissism Are Not Too Different

Now, I can go through so many more sections explaining how religion fuels narcissistic people. It gives them the moral authority to use and mistreat people because, in their lunatic minds, they genuinely believe they are chosen ones.

I know for some, they will argue that they are using religion for their purposes and that they have defiled religion.

People have always used religion for their goals.

They claimed god was in a cave and that only the “Elders” could speak and enter the cave.

Only to find out there was no god in the cave but all the riches that people gave to these elders.

They claimed that God was on the mountain, only for people to scale the mountain and find nothing.

Then they said he was in the clouds, but we created airplanes. Hell, even space ships.

Religion is just a TOOL that these narcissistic EVIL people use to manipulate and keep people fearful.

Because when people are fearful, they are easier to control!

Yeah! To those who know how to use him! 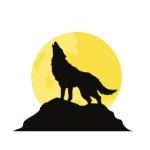 7 Ways To Tick Off A Narcissist: Here Comes The Narcissistic Rage The Anchor: The Narcissist’s Sneaky Little Tool To Keep You In Their Lives